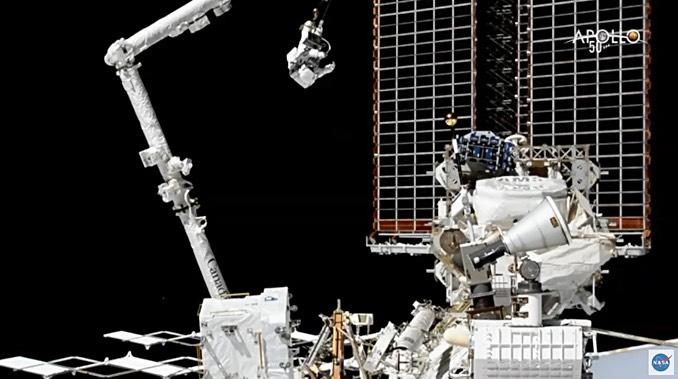 Two astronauts are performing a high-stakes spacewalk Friday, the second of four in a series that’s among the most challenging in NASA’s history.

The goal is to save a critical, $2 billion science experiment on the International Space Station, a cosmic ray detector.

The Alpha Magnetic Spectrometer, or AMS, is most expensive science instrument aboard the space station, and one that wasn’t designed to be serviced in orbit.

NASA engineer Justin Cassidy points out that, “Wearing a spacesuit makes everything more complicated. Your dexterity becomes quite challenged. It’s kind of like working with hockey gloves.”