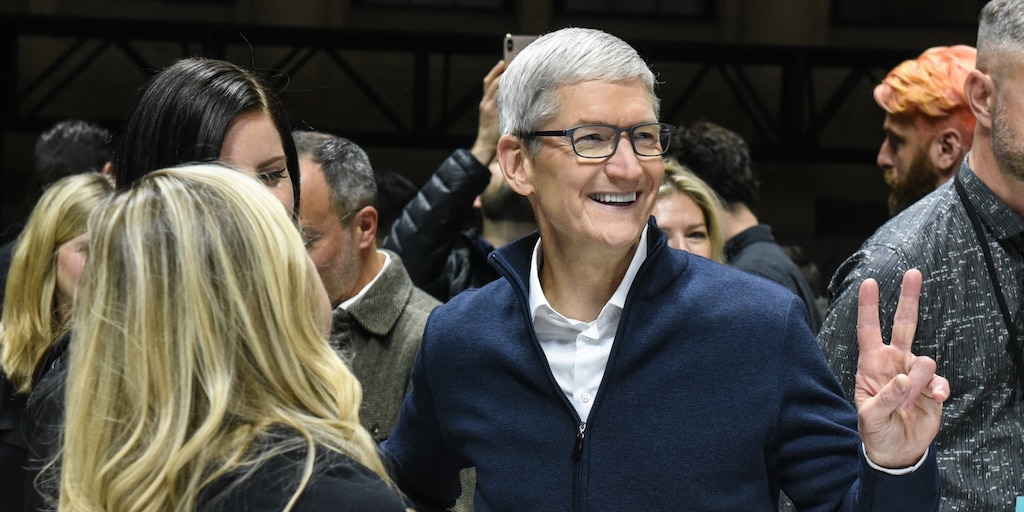 Apple soared to an all-time high on Friday, jumping as much as 1.5% following reports detailing predictions about its iPhone lineup.

The company might release a higher-tier iPhone without a Lightning port for a “completely wireless experience” as soon as 2021, the Apple analyst Ming-Chi Kuo said in a Thursday note. The phone would rely on wireless charging and serve as a new way for the company to differentiate its more expensive phones from the rest of its lineup, Kuo said.

Kuo, who is well known for accurate Apple predictions, said he also expects Apple to roll out a budget iPhone, resembling the iPhone 8 with a 4.7-inch LCD screen, in the first half of 2020. Apple hasn’t released a budget smartphone since 2016 with the $400 iPhone SE, and such an update would give the company its widest range of new iPhone prices.

Apple is also expected to unveil its first 5G-capable iPhone lineup in fall 2020.

The stock jump also followed the release of a US jobs report that trounced expectations. The nation’s economy added 266,000 nonfarm payrolls in November — higher than the 185,000 prediction among economists — pushing the unemployment rate to a historically low 3.5%.

Friday’s surge further solidified Apple’s position as the world’s most valuable company. Apple, based in Cupertino, California, took back the market-cap crown from Microsoft on October 18 as better-than-expected iPhone 11 sales propped up its stock price. Several analysts had said they anticipated that people would skip the latest iPhone generation to wait for its 5G-enabled devices.

Apple was also the first publicly traded company to break the $1 trillion market-cap threshold, in August 2018.

Apple has 27 “buy” ratings, 14 “hold” ratings, and seven “sell” ratings from analysts, with a consensus price target of $260.27, according to Bloomberg data.

Broadcasters see big opportunity with podcasts, but risk being disrupted by new platforms like Gimlet, Wondery 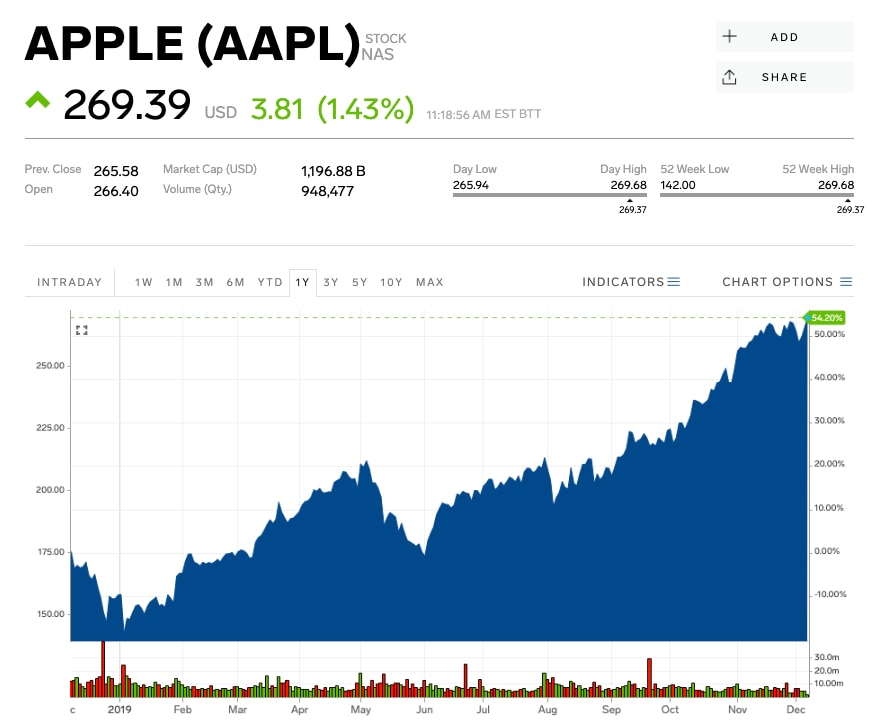 2019-12-06
Previous: Uber is set to lose $1 billion in market value after it reported 6,000 sex assault cases (UBER)
Next: Warren Buffett tried to persuade Bill Gates to spend $370 million on an engagement ring