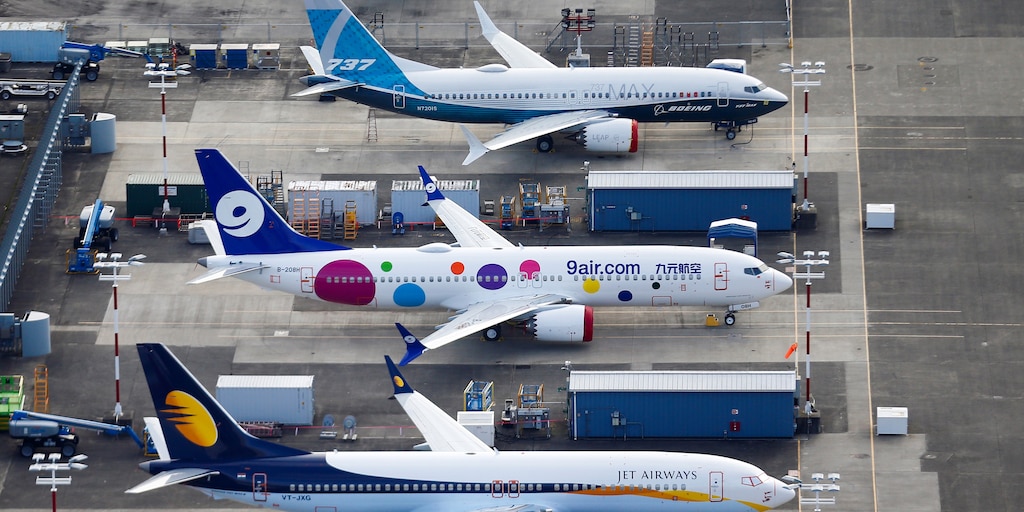 Boeing‘s 737 Max disaster is far from over, and it’s putting the company’s shares under increasing pressure.

Over the last two days alone, the company has seen $11 billion of market value wiped away as it decided how to proceed with the production of the 737 Max airplane, which has been grounded since March after two fatal crashes killed 346 people in the span of five months.

On Monday, shares ended the day 4.3% lower on news that the aerospace company was considering cutting or stopping production of its 737 Max airplanes. That dip erased $8.3 billion from Boeing’s market value.

Then, shares declined more than 2% early Tuesday after the company confirmed that it would suspend production of the beleaguered airplane in January, putting the company on track to lose an additional $2.5 billion in market value.

Since the Ethiopian Airlines crash in March, the second associated with the 737 Max, Boeing shares have fallen roughly 23%, erasing nearly $55 billion from the company’s market capitalization.

There were some signs of a recovery in Boeing shares as the company remained optimistic that the airplane could return to service. Earlier in the year, Boeing had anticipated that the 737 Max would be cleared to fly again by the end of 2019, a timeline that the Federal Aviation Administration later called “not realistic.”

Now, the plane’s return to service is unclear. The move to halt production of the airplane “is clearly a good one on paper for mitigating financial risk, but it’s the operational risk on the turning the system back on that is now incremental,” wrote Myles Walton of UBS in a Monday note. He reiterated his neutral rating on shares and price target of $370.

For investors in Boeing, issues with the 737 Max means that a dividend increase in 2020 is unlikely, according to analysts led by Ronald Epstein at Bank of America.

“With no concrete timeline for return to service and with an inventory burn of about $5.5bn for every quarter, there is only so much that the Boeing balance sheet can sustain,” Epstein wrote on Monday.

He reiterated his neutral rating and $370 price target Tuesday and said Bank of America would wait for further details from Boeing, due when it reports fourth-quarter earnings in January.

“We have several questions that must be answered before we may fully understand the impact to our financial model,” Epstein wrote.

Boeing is up 1.4% year-to-date through Monday’s close. 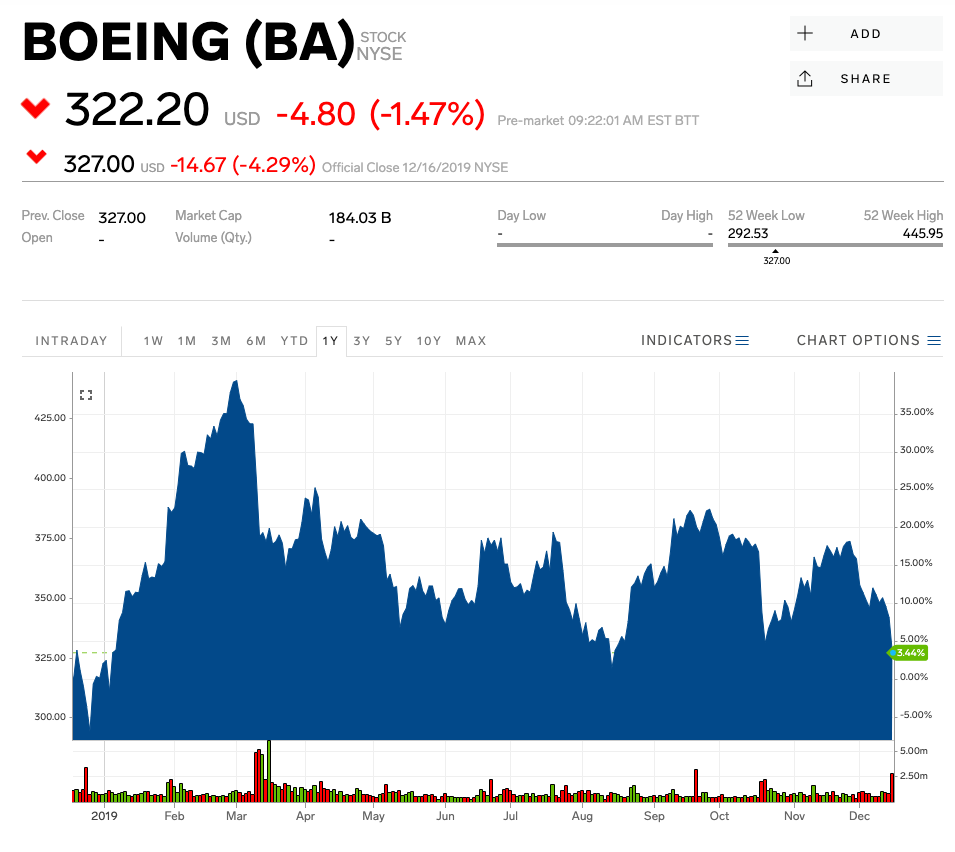 2019-12-17
Previous: Google Nest or Amazon Ring? Just reject these corporations surveillance and a dystopic future
Next: Heres the gruesome truth of how much Boeings 737 Max debacle is expected to hurt the US economy