Home / Business / Business Insider / The Nasdaq soars past 9,000 for the first time ever, fueled by Amazons holiday sales boom

The Nasdaq soars past 9,000 for the first time ever, fueled by Amazons holiday sales boom 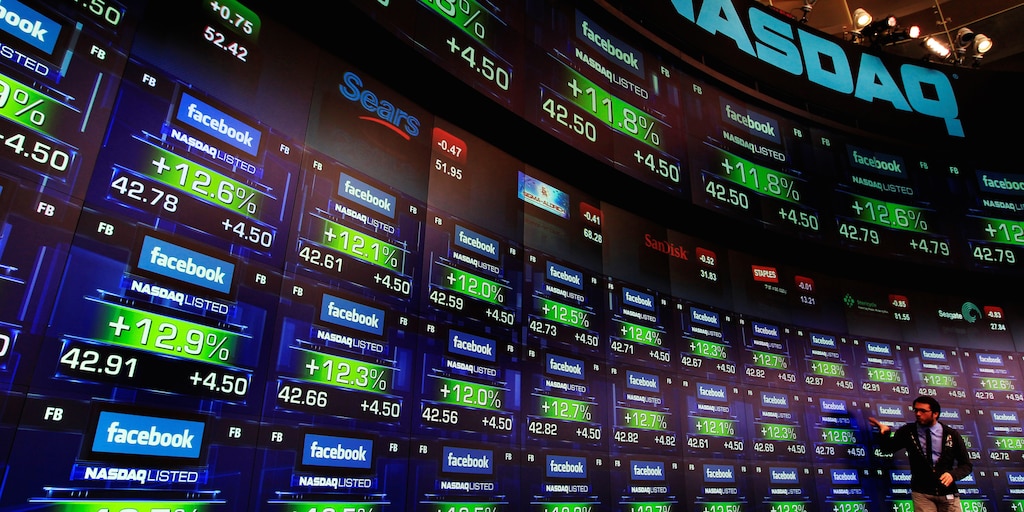 The Nasdaq Composite breached the 9,000 threshold for the first time in history Thursday, benefiting from Amazon’s record-breaking holiday sales and a year-end stock market rally.

The S&P 500 index also surged to a record high, climbing as holiday season sales figures revealed strong consumer activity and growing popularity in online shopping. Trading volumes are expected to fall under average this week due to an early market close on Tuesday and the Christmas holiday.

Here’s how the three major stock indexes performed Thursday as of 3:20 p.m. ET:

Amazon stock jumped as much as 4.2% Thursday after announcing it enjoyed a “record-breaking” holiday shopping season. The e-commerce giant said “billions of items were purchased” during the Thanksgiving-to-Christmas period, along with “tens of millions of Amazon devices” worldwide. More than 5 million new customers started Prime free trials or paid memberships, the company added in a statement.

Equity indexes weren’t the only vehicles to soar in Thursday trading. Gold, a popular hedge bet for investors expecting increased market volatility, broke through the key psychological trading barrier of $1,500 per ounce. The gain comes as traders shift positions for 2020 and mull whether the Federal Reserve will hold off from further rate cuts in the new year. The precious metal’s value is up about 17% year-to-date, putting it on pace for its best yearly performance since 2010.

The three key indexes have all posted new highs throughout December, marking a sharp contrast to the year-end performance in 2018. Markets tanked in the year-ago period, with the S&P 500 recording its worst December since 1931 and closing the year down 6%.

The S&P 500 is now on track for a 29% gain year-to-date, less than one percentage point from notching its best performance since 1997.

The Nasdaq Composite boasts an even more impressive performance, up roughly 36% year-to-date. The index is up the most since 2013.

‘I’m sure it will reverse’: A prominent CIO shares the 3 perfect places to put your money once inflation rears its ugly head

2019-12-26
Previous: Goldman Sachs: These are the top 4 energy stocks to pick up before 2020
Next: Celebrities like Gwyneth Paltrow made the 2010s the decade of health and wellness misinformation